You are here: Home / News / Recommended Reading and Viewing

Books & Films
About Reproductive Rights That Every Woman Should Read 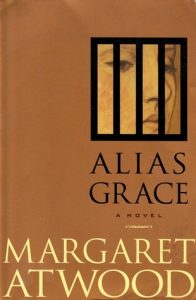 If you were a wealthy, upper-class woman in the 19th century, your life might be somewhat safe; that is, if you didn’t contract a fatal illness or die in childbirth, scenarios that were all too common. But if you were a woman of the lower-middle or working class, your life hung by a thread—every single day.

Such is the grim fate of the subject of the six-part film, Alias Grace, now streaming on Netflix. Grace Marks (played by Sarah Gadon) is a devastatingly poor immigrant from Ireland who sails to Canada with her parents and younger brothers and sisters. Tragedy strikes on board the ship and once they land, the little family is reduced to living in a hovel. As her brutish father drinks his life away, 16-year-old Grace is forced to find work as a servant to support her brothers and sisters.

Grace’s first job reduces her to a slavey; she spends most of her time on her knees cleaning out the firebox, scrubbing floors, emptying slop jars and helping the cooks in the kitchen. Yet, there is redemption, for it is here she makes her only real friend, the delightful and irrepressible Mary Whitney (Rebecca Liddiard). It is from Mary that she hears about political action and the hoped-for rise of the servant class. But Mary becomes the unfortunate target of her employer’s lust and Grace is soon forced into another (and final) position.

The entire film is told in a flashback narrative, opening in 1859 in Victorian Canada, where Grace has been imprisoned for 15 years for the murder of her former employer (Paul Gross) and his housekeeper, Nancy Montgomery, (played with wolfish slyness by Anna Paquin). As Grace relates her life story for psychologist, Dr. Simon Jordan, (Edward Holcroft) who has been ordered by paternalistic benefactors to find a reason to free her, we are kept in the dark about whether or not she has actually committed the murder, though it seems clear it was probably the crude stable hand (Kerr Logan) who lusts after Grace and hates Nancy.

Grace’s years in prison are horrific, full of physical and emotional torture, and though Dr. Jordan is kind and the sessions take place in a wealthy home, Grace is brutally dragged back to her cell every night where she sits in dark silence attending to her small needlework. We are not sure if Grace can tell that Dr. Jordan is falling in love with her, but we watch him become ever more obsessed as the tale unfolds and he wonders how this gentle, pretty woman could truly be a murderess?

No spoiler alerts here, so the rest of the story will have to remain a surprise. The ending is a doozy, not entirely unexpected, chilling but, ultimately. uplifting. Except for the date and the setting, this story is relevant today, as I’m sure Margaret Atwood, the author of the book on which it is based, intended. As Grace’s story (based on a real historical event) unfolds, we are constantly reminded of how patriarchy pits women against their own gender, about how men abuse their power, and about how class informs everything. As I watched this, I felt such gratitude that we have birth control and safe, legal abortion, even though, 159 years later, powerful men are attempting to turn the clock back to Grace’s time, when women had no agency over their lives at all. Some things still haven’t changed. 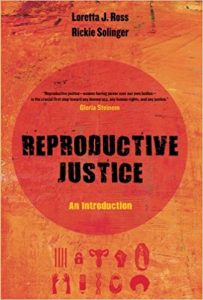 Reproductive Justice is a first-of-its-kind primer that provides a comprehensive yet succinct description of the field. Written by two legendary scholar-activists, Reproductive Justice introduces students to an intersectional analysis of race, class, and gender politics. Loretta J. Ross and Rickie Solinger put the lives and lived experience of women of color at the center of the book and use a human rights analysis to show how the discussion around reproductive justice differs significantly from the pro-choice/anti-abortion debates that have long dominated the headlines and mainstream political conflict. Arguing that reproductive justice is a political movement of reproductive rights and social justice, the authors illuminate, for example, the complex web of structural obstacles a low-income, physically disabled woman living in West Texas faces as she contemplates her sexual and reproductive intentions. In a period in which women’s reproductive lives are imperiled, Reproductive Justice provides an essential guide to understanding and mobilizing around women’s human rights in the twenty-first century. 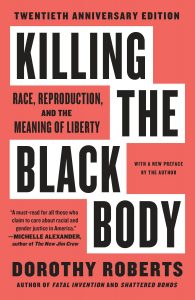 Killing the Black Body: Race, Reproduction, and the Meaning of Liberty (Paperback)
by Dorothy Roberts 1997

“If you have come to help me, please go away. But, if you have come because your liberation is bound up with mine, let us work together.”–Lila Watson, Aboriginal Activist

“Undivided Rights” presents a fresh and textured understanding of the reproductive rights movement by placing the experiences, priorities, and activism of women of color in the foreground. Using historical research, original organizational case studies, and personal interviews, the authors illuminate how women of color have led the fight to control their own bodies and reproductive destinies. “Undivided Rights” shows how women of color—starting within their own Latina, African American, Native American, and Asian American communities–have resisted coercion of their reproductive abilities. Projected against the backdrop of the mainstream pro-choice movement and radical right agendas, these dynamic case studies feature the groundbreaking work being done by health and reproductive rights organizations led by women-of-color.

The book details how and why these women have defined and implemented expansive reproductive health agendas that reject legalistic remedies and seek instead to address the wider needs of their communities. It stresses the urgency for innovative strategies that push beyond the traditional base and goals of the mainstream pro-choice movement–strategies that are broadly inclusive while being specific, strategies that speak to all women by speaking to each woman. While the authors raise tough questions about inclusion, identity politics, and the future of women’s organizing, they also offer a way out of the limiting focus on “choice.”

“Undivided Rights” articulates a holistic vision for reproductive freedom. It refuses to allow our human rights to be divvied up and parceled out into isolated boxes that people are then forced to pick and choose among. 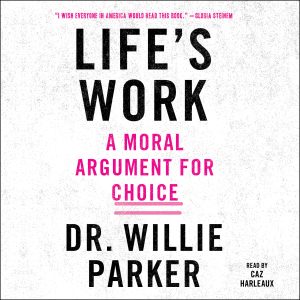 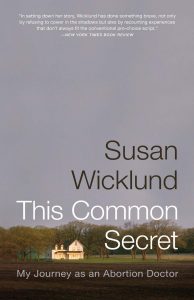 This Common Secret: My Journey as an Abortion Doctor (Hardcover) by Susan Wickland

Preventative measures for cervical cancer include:

Cervical cancer can be prevented through various m

Did you know medication abortion is available by m

The Clinic! is proud to be a safe space for all wh