You are here: Home / The Clinic! / LGBT or Questioning? 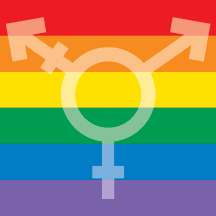 Citizens for Choice embraces all sexual orientations and gender identities.  Whether you are Lesbian, Gay, Bi-Sexual, Transgender, or Questioning, you can count on us to treat you with respect and dignity.

Your care at The Clinic! will always be compassionate and confidential.  We are here to help you, as a human being.

Do you have questions about your sexuality?

Sex is a biological function. It is affected by our genetics, hormones, and life experiences.

Sexual Orientation Our sexual orientation is defined by who we find attractive sexually. The factors which cause sexual attraction are complex and may include biology, genetic predisposition, and early formative life experiences. Many people report knowing with certainty their orientation from a very young age.  Others may struggle with their sexual orientation and reach a conclusion much later in life.  In any case, whoever you are is perfectly normal.

Sometimes talking with a trusted adult, such as a counselor, can be very helpful to assist you in clarifying your feelings.  We all want to fit in, and need to know where and how we may do just that.

At The Clinic!, we want you to feel comfortable talking with us about your sexual orientation.  It is very helpful for your health care provider to know your medical history, sexual orientation, and your concerns about your sexual health.  Our goal is to provide the very best reproductive and sexual health care for you.  In order to serve you best, the more honest you can be with your provider, the better your care will be.  Our services are always strictly confidential.

Gender: Most people identify with a particular gender, as a portion of their overall identity.  Our gender identity is how we express ourselves, our behavior, how we act, dress, and interact with others. Although our society maintains expectations about how we ‘should’ act, feel or look as women and men, not all people want to be labeled.

Whatever your sexual identity, you deserve to have a full and satisfying life – and that includes your sexual life.  If you don’t like ‘labels’, that’s perfectly okay.  You should not feel pressured to label yourself, or decide on your sexual orientation or gender identity before you are ready.

Links to Further Reading*:
If you would like more information, please feel free to talk with us or visit one of the websites below:

*Due to an overwhelming amount of solicitation from financial lenders, Citizens for Choice will no longer share links to sites which feature LGBTQ financial aid or related support links. We instead encourage college students to directly contact admissions departments and ask about their programs for LGBTQ support and financial aid.