You are here: Home / The Clinic! / Parents 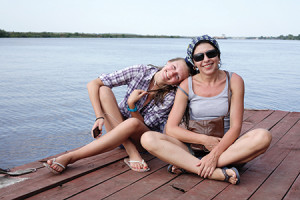 Are You The Parent of a Teen?

“My husband and I are worried about our teenage daughter.  She has been seeing a boy for a few months now and we are concerned she may be engaging in sexual behavior.  We don’t want to ban her from dating, but we do want her to be responsible.  We would prefer she wait to have sex until she is more mature, but don’t know how to begin the conversation. Can Citizens for Choice help me?”    Sally M.

Talking to your child about sexuality. It isn’t easy.  However, the benefit is that children whose parents talk openly with them about sex and contraception are more likely to postpone sex and to be responsible about birth control when they do begin.

We all hope our teens choose abstinence until they are mature enough to handle the responsibilities of sex, relationships and the possibility of pregnancy. The fact is that regardless of the views of the parents, nearly 70% of teens have engaged in sexual activity by age 19.

How do your feelings about sex and intimacy affect your teen?

It is important to ask your adolescent or teen what they want to know about sex. They may know less than you realize, and need your guidance. As teens, they often feel that all of their friends and acquaintances are having sex except them. Reassure them that this is not the case. It is perfectly acceptable to choose to remain a virgin until they are more mature. If they have already had sex, but feel they should have waited, let them know it is a good decision – they can choose to wait until they are more mature before they engage in sexual activity again.

Make sure your teen knows that no matter what he or she tells you, they can expect your support and honesty. Do you suspect your child is gay? Talking with them openly and letting them know you love them for who they are and not for their sexual orientation is powerful. Teens worry about fitting in.

Some suggested subjects for talks with your teen:

It is probably also a good time to discuss what constitutes physical and emotional abuse with your child – give examples and why it is important to have a balanced relationship based on respect and consideration.